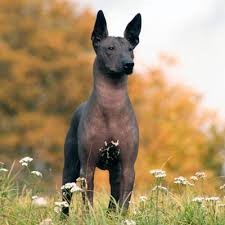 The Xoloitzcuintli (pronounced Show-Low-Itz-Quint-Lee), is also known as the Xolo (Show-Low) or the Mexican Hairless Dog. The Xolo is an ancient breed that is considered a national treasure in Mexico and is the only dog whose name begins with an “X.” The word Xoloitzcuintli is derived from the name of the Aztec god, Xolotl, and the Aztec word for dog, Itzcuintli. These dogs descend from hairless dogs prized by the Aztecs and, over 400 years later, these dogs were still found in Mexican jungles. The Aztecs believed this breed had mystical healing abilities. Their hairless body radiates heat more than other breeds and ancient people used to use them as heating pads for aches and pains. Frida Kahlo and Diego Riviera put the Xolo back in the spot light and can be seen in many of their works of art. 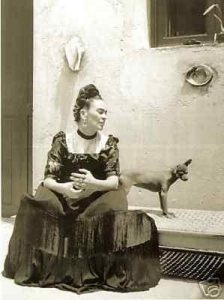 The Xolo has three sizes, toy, miniature, and standard, as well as two coat varieties, hairless and coated. They are known to be an alert, calm, and loyal breed that is trainable; however, since they are such a good watch dog they can be wary of strangers. They make an excellent companion with moderate exercise and grooming needs. The hairless excretes an oil that protects them from the sun and from insects. The Xolo requires occasional baths and body lotion to help moisturize the hairless variety. They are more prone to developing skin problems, especially acne so appropriate skin care is important. The hairless variety prefers a warmer environment and actually requires sunscreen while it’s outside so it does not burn! 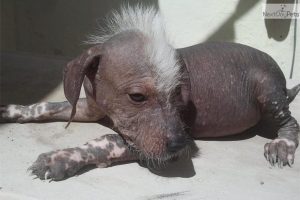 Some believe that this hairless dog can be better tolerated by people who suffer from allergies and asthma. Although their saliva, sparse hair on their heads and feet, and skin all produce the same irritant that bother some people with allergies. If you have allergies to animals, it is important to do your research to determine if this is the right breed for you.

A hairless dog with bat ears and a stubbly Mohawk might be too exotic for some, but for those who believe bald is beautiful the Xolos rule. This breed takes their watchdog role seriously and do bark when they have something to say. The Xolo makes a loyal family dog and a very affectionate pet. We at Dupont Veterinary Clinic enjoy working with all kinds of dog breeds as each of them is unique in their own way.

"Dupont Veterinary Clinic has been amazing with every animal my family has had. They treat our pets like family, which is what they are to us. Thank you!"
— Natalie W.